Welcome to “UFOs in Wedding” 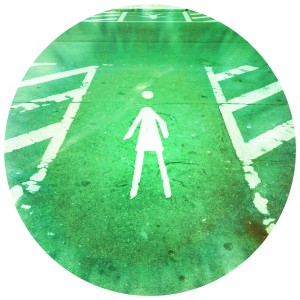 So,
this is not about aliens in flying saucers. And it´s not about tying the knot, either.
It´s about living in a part of Berlin with a name that is often misunderstood by foreigners: Wedding. The name goes back to a nobleman, Rudolphus de Weddinge, who founded the first little village about 800 years ago. Sorry, no romantic origin here.

Wedding has some kind of a reputation: the Weddingers themselves call it a rough but authentic area, hipster-free for sure, whereas Non-Weddingers might think of streetgangs and people having social issues. It is certainly not on any tourist agenda.
BUT lately quite some articles in the media put the focus on Wedding AND used the bad “G”-word*.  Actually we could boast about one of the most beautiful lakes in the city center and about UNESCO World Heritage architecture – we could, but we won´t.

For those who are into maps – Wedding is in the North-Western part of Berlin, right inside the red dashed boundary here below:

Due to an administrative reorganization in 2001 it has been divided and become officially part of the city-center (Berlin Mitte) which might have changed some things although a lot of people in Wedding think about it still within its old limits (we, too).

Ok then, let´s find out together if there are any UFOs around here, any unspoken fragile obsessions, any unbelievable fantastic options, any unimpressive fishy observations.

This website uses cookies to improve your experience while you navigate through the website. Out of these, the cookies that are categorized as necessary are stored on your browser as they are essential for the working of basic functionalities of the website. We also use third-party cookies that help us analyze and understand how you use this website. These cookies will be stored in your browser only with your consent. You also have the option to opt-out of these cookies. But opting out of some of these cookies may affect your browsing experience.
Necessary Always Enabled

Any cookies that may not be particularly necessary for the website to function and is used specifically to collect user personal data via analytics, ads, other embedded contents are termed as non-necessary cookies. It is mandatory to procure user consent prior to running these cookies on your website.